Kanika Kapoor is an ace Indian singer who has started her career in music video 4 years back. She has born and brought up in India and shifted to London after marrying a businessman at the age of 18 years. Soon after having three children she got divorced and got back to her motherland to pursuit her career in music. 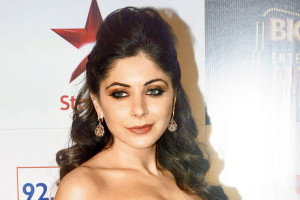 4 years back she has first sung for a music video and walked into the Indian music industry. In last 4 years she has become one of the top singers in Indian film industry. Today, she has some of the best songs in her kitty and also she has successfully bagged top music awards for latest Hindi songs.

Kanika was born and raised in a Punjabi family and was studying music when she got married to a rich businessman from London in late 90s at the age of 18. She always wanted to pursuit her career in music but could not due to her stressful married life. She got divorced after 15 years of her married life and left with three children.

Baby doll is one of the biggest hits sung by Kanika Kapoor. The song is from the movie Ragini MMS 2 and out in the mid of the 20s. The song not only becomes the country’s favourite but also brings more fame and music awards to the singer.

The song, chittiya kalaiyan, from the movie Roy is another hit song sung by Kanika. The song soon became a mandatory number for the discos and pubs. Though the movie could not do anything in the box office, the song has definitely helped the singer to shine in the industry.

The hit movie namely Happy New year, released during deewali has this song of Kanika Kapoor. The movie made good money and the song made little more than that. The song’s video featured the heroin performing in a dance bar. It has also become one of the top songs in discos and weddings.

Rohit Shetty’s first ever romantic comedy movie, released last year has this promotional song at the end of the movie. The song featured all the four ace actors. Kanika play backed for the female leads in Tukur Tukur. It is a fun-filled and totally party song that is used in events and discos several times till now.

Chhill gaye naina is another blockbuster song by kanika. The song was featured in a movie NH10. The movie as well as the song becomes one of the most popular songs of the year. Kanika has received so much love and appraisal for the song.

Super Girl from China is another music video that featured Kanika in it. It was based on a nerd guy who is in love with a girl who is said to be the super girl in the video. The video has celebs like Santanu and Sunny Leone.

Premika is another hit song by Kanika that is said to be the highest grossing album. The song did not feature in the movie but it is in the album. Even when the song wasn’t featured but the video was released in You Tube and received millions hits in a day.

Jugni Ji was Kanika’s first ever song from her debut album. After came back from London, after trying hard for two long years she sang for the music album and released her first single Jugni Ji. It is a Punjabi song and it was the first step for Kanika to walk into Bollywood.

Neendey Khul Jaati hai is a duet song by Mika Sing and Kanika Kapoor. The song was released in mid 20s. The movie hadn’t done well but the singer has reached the top with the song. the song was used as a promotional song and featured other singers like meet bros and Mika Singh along with the movie stars.

Jugni Peeke Tight Hai is another funny song by Kanika. She sang this song for a romantic comedy movie that was out in last year. The movie starred ace small screen comedian Kapil along with three new faces as lead female actors.

You can also get the list of top 10 Songs of