Music has the power to bring out the strongest of emotions. This is why there is no better way to relieve a broken heart than to listen to sad songs until you feel like you don’t want to cry anymore. As they say, there is no better friend to you in good times and bad, than music. So my friend, if you are feeling low or if you want to relieve some of that angst you have inside you, then just listen to these sad songs. You will be relieved and you can also give an ear to the best of Bollywood. 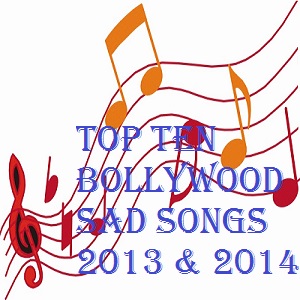 Ho was a cult classic made by Bollywood and one of the reasons it became so famous was its music. The sad version would make you weep while the happy songs of this movie just get you going. Truly a wonderful song made by the composers, it can bring out the deepest grief you have – over losing someone you love.

Some Other Top Ten Songs