Best Top 10 most alluring places to visit in London

London, Britain’s capital is not only known for its noisy streets and rainy weather but is also one of the few largest cities of the world and have a population of around 8 million. Nearly 15 million tourists visit London almost every year. It is urbanized in every way and is known for its colorful arts, culture and fashion as well. There are many beautiful places that connect you with the natural resources in London. The splendid palaces and cathedrals will just leave you awestruck .You not only have tube networks knitting London, but also very famous tourist attractions, that you can’t miss! The top 10 are listed below. 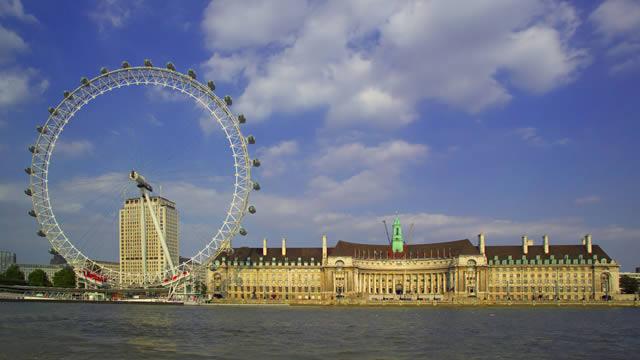 The most admirable building of Britain is undoubtedly the Buckingham Palace. The most popular and pompous changing of the guard is definitely the most colorful sight. Huge crowd gathers every day at 11:30 in the morning every day and the marching also happens at the St James’s Palace. The melodious band follows the march and makes it an amazing sight. This magnificent palace was built in the year 1837. The royal family has been staying in there after Queen Victoria. The flag that flies on the top of the palace depicts whether the present queen is in the palace or not. At very special occasions the complete family also addresses the huge crowd from their balconies. Only when the queen is in her Scotland palace, tourists can visit the Queen’s gallery and royal Mews, during her absence.

The British Museum is a show case for some of the finest antiques. The British Museum has 13 million artifacts from the history. The invaluable antiques from countries like Assyria, Babylonia and China are also preserved in the British Museum. The world’s most famous museum is an attraction for the tourists visiting London. The Egyptian Mummies and Marbles of Parthenon are some of the highlights of the Museum.

The glorious building of the Tower of London has been serving as a prison and at times a vault from centuries. The structure of this building is stunning and tourists can spend hours at the place exploring beauty that is spellbound at every part of the Tower. The tower also speaks about the rich History of London. The White tower was built in 1078 by William the conqueror. The royal armor is also displayed in the Tower. The Crown Jewels exhibition is another awe attracting of the Tower. The Tower Bridge is also adjoining the building and rises 61 meters above River Thames.

London is known for its 97 meters high clock known as the Big Ben. This is an iconic place and a famous tourist attraction. The Big Ben is known for the time signal that even BBC radio uses. Just adjoining the Big Ben and on the banks of Thames is the House of parliament. Here the British government meets for official meetings. One must see the active debates and lively political discussions that take place in the parliament.

The Westminster Abbey speaks about the royalty that Britain holds. This abbey is attached with the Christianity right from the 7th century. Collegiate Church of St Peter is the actual name of Westminster. The Abbey was created by Edward the Confessor in 1065. This is the place where he was buried after death. After his death for the next 700 years many royals were crowned here and even buried after death. This was also the most alluring place for the Royal lavish weddings.

The Hyde Park is covering around 350 acres of land and is the most splendid open place in London. It has been a famous place for tourists too. The Serpentine, which is a man-made lake in the park is also enjoyed by the tourist for boating. This was created in the 18th century. The Hyde Park is also known as the Speakers corner. The Apsley House is also a part of the park and the first Duke of Wellington lived here after his battle at Waterloo. Now this place is used to exhibit many famous paintings and other gifts that were given by the kings of European countries.

The Churchill’s war room speaks about the history of London and is also preserved as it is. This was the place from where the Prime Minister Churchill commanded the British troops during the World War 2. The structure also connects you with the position of England at the time when Nazi was gripping Europe. There are also cubicles where Churchill slept and also there is a studio from where he gave speeches. This museum connects you back with time deeply and in a remarkable way.

The London Eye was made in 2000 to mark the millennium of celebrations in London. This is the world’s largest observation wheel. The glass capsules where the tourists sit give them a complete view of the city and the Eye is 443 feet above the river Thames. The complete round takes 30 minutes which is quite less as compared to the time that you waste in the ques waiting to buy a ticket for it.

The Hampton Court is situated on the banks of Thames and is an alluring place for the tourists. Here Elizabeth 1 learned to conquer the Spanish Armada. The astronomical clock at the Clock court is also fascinating. The gardens of the palace are lush green and full of beautiful nature. The time of May when they are in full bloom make them awe-inspiring. The different gardens have names and there is also a place which is known as the Maze of the palace.

The museum is a part of a world famous museum chain, the South Kensington-based group of museums. This museum was founded in 1852 and is spread over 13 acres of land. The Victoria and Albert Museum has 145 galleries where articles of art are preserved. There are also ceramics, textiles and different costumes that are exhibited in the palace.