Navratri is the time to play nothing but the best songs. You are looking for something hip and happening. You don’t want to play the same old songs that play every year. Having said that there are also songs without which Navratri is incomplete. 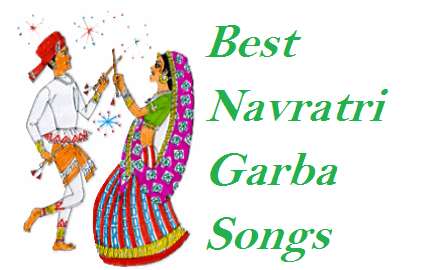 When you are doing Garba there has to be a certain rhythm and beat which has to be followed. Therefore the songs have to be chosen such that there are plenty of beats to play the Garba on. The best part is that our Bollywood industry makes several of such hit songs that go perfectly with this rhythm. For now these are the songs you should swing to:

You know that song from Ramleela where Ranveer Singh shakes his body and grooves? The beats are perfect for doing some Garba this season. They are totally in tune and they will help you set the mood for the party. Whenever you need a song that has a change in pace, hit this one.

Nagada Sang Dhol Baje is also another song from the movie Goliyon Ki Rasleela Ramleela. The song that featured Deepika Padukone is the perfect one for the Garba fanatic ladies to dance to. The song has the perfect rhythm and doesn’t have a lot of fluctuation.

This song from the Hrithik-Kareena starrer “Main Prem Ki Deewani Hoon” is another song without which Garba is incomplete. It has beats that will go with the tone of the garba dancing. It has a crescendo wherein you can improvise some moves and then bam! It takes you back to the rhythm once again.

Remember the lovely Gracy Singh opposite Aamir Khan in the movie Lagaan? Yes, that’s the same song we’re talking about. The song recreates the love story of Radha and Krishna and will be the perfect and auspicious song to start off the Garba event with.

Yet another Sanjay Leela Bhansali movie song. This one’s eternal in the way that ever since the song has released, it is a must play at all Garba events. Literally, you can see the energy of the event increase with this song hitting the speakers. So it is a song that you must play at any Garba event.

This is yet another Salman Khan Song after Dholi Taro Dhol Baaje that is going popular these days. This song is from the movie “Prem Ratan Dhan Payo” and it has been a favorite for the Garba dancers ever since the song has released.

If you don’t know this song, then let’s tell you it is from a lesser known Hrithik Roshan movie called “Aap Mujhe Achhe Lagne Lage”. This song has the right beats to make the Garba moves happen. The song will appeal to the older generations – that’s for sure. However, the moves can be perfectly adapted to it by the young ones too.

This is a song from the movie “kai po che”. It is one of those songs that you can play at your Garba event and get on with it at any point of time. This song will bring freshness to the dancing sessions and it can be played in between tracks because it will give the dancers some rest.

There isn’t an event in the Garba history that hasn’t played this song. This is a Gujarati song and it is played almost religiously.