2016 has been a huge year for the British Rock Band Coldplay who has successfully turned 20 this year. Previously named Pectoralz, Coldplay has been managed to bag 62 awards including Grammy, MTV music award and Brit awards throughout their music career and a loads of love and success in last 20 years. They still entertain their fans like a fresh one. Art and Artists can never die – this is an apt line for Coldplay as they keep rejuvenating music-lovers since 1996. Last year they have published their 7th album which surely tops the chart like their rest six albums. 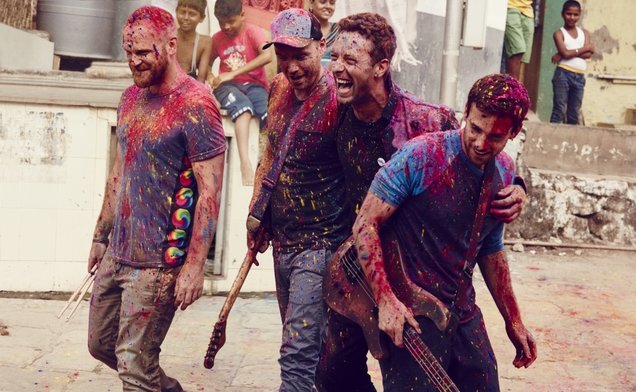 The song that carries Christian and Historical references, had successfully tops the UK Singles Chart in the year 2008 and got awarded as song of the year in 2009. Viva La Vida has gained loads of appreciation since it is released in 2008.

Inspired by the starry night, the song is made casually by the lead vocalist Chris Martin in a beautiful evening. Music lovers definitely didn’t take it casually and made it most favourite tune of the year 2000. The song also managed to seize a place in top 5 single songs in that year in the UK.

The scientist is yet another best song by Coldplay, released in 2002. Just after launching this second single from the album A Rush of Blood to the Head, it grabs a place in the top 10 list in UK Music Chart and US Billboard Modern Rock Tracks. The Scientist has won MTV awards as well. The reason is definitely the music maid on piano notes.

The melodious and highly acclaimed song Fix you is from the album X&Y, released in 2005. Though the song could not manage to grab any award but it was highly loved by all the people in the world. The video of the song is said to be a tribute to London Bombing that took place on July 2005.

Released in 2002, the song Clocks is from the album A Rush of Blood to the Head. The song has made around the short melodic phrases based on Piano music which is the speciality of this alternative rock band. This song of course not only reached the UK Charts and US Billboard but also bagged Grammy award in 2003 for record of the year.

Sparks, song that took everyone’s breathe away, has released in 2000 from Coldplay’s first ever studio album Parachutes. Awards like Grammy award, Brit Award and also best-selling album award were grabbed by this album in the year 2001. Singles like Sparks, Yellow and others have rocked the UK and US charts.

Influenced by Afro-Pop and High life music, the song Strawberry Swing has released in 2009 and managed to seize the 5th place in Polish and Dutch Charts. The song was later on used in several international events like Paralympics and such.

Another blockbuster song from the album A Rush of Blood to the Head, In My Place, that released on 2002. It has successfully won the hearts of the fans as well as renowned awards. In My Place was performed in various concerts and won awards in 2003.

Released in 2012, a song from Coldplay’s fifth album Mylo Xyloto; has built on guitar-y and have received overall a good review. Though the song hasn’t won any renowned awards but it managed to grab loads of love and acclaim from the fans and renowned people like Will Hermes from Rolling Stone.

Songs of Coldplay that used in movies/TV shows/Events