Kishore Kumar! The man with a golden voice. The word legendary will be just an understatement for this music maestro. This man was not only one of the best singers in India, but singing was just a part of his music skills. He was also the music director of innumerable songs. He was a playback singer, a lyricist, a music director, an actor, a producer and even a scriptwriter. He has proved his versatility innumerable times. 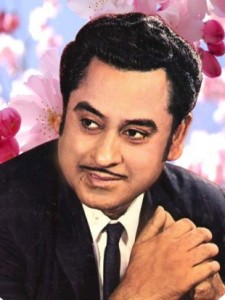 Kishore Kumar was not only a talented artist, but also a really great individual at heart. He was the one behind the rise of several artists, starting from Asha Bhonsle and even the living legend Lata Mangeshkar. He was born as Abhas Kumar Ganguly. He won a huge number of hearts, not only in India, even overseas. His romantic songs, not only touched the heart of youngsters and old aged people of his era, but even today, his songs are recreated by contemporary singers.

Kishore Kumar has a collection of thousands of songs, and it is really hard for us to pick only the top 10 songs. But in this article we have made a small attempt to pay tribute to this music legend.

Some Other Singer Top Ten Songs