The band A-ha was formed in early 80s in Oslo, Norway with three young boys. Paul Savoy in guitars, Magne in keyboards and Morten in vocals are the three band members who are from the nation Norway. These three boys had left their native nation to pursuit their career in music back in early 80s. They came to London and started calling them as A-ha. A-ha is basically a song title written by Paul. 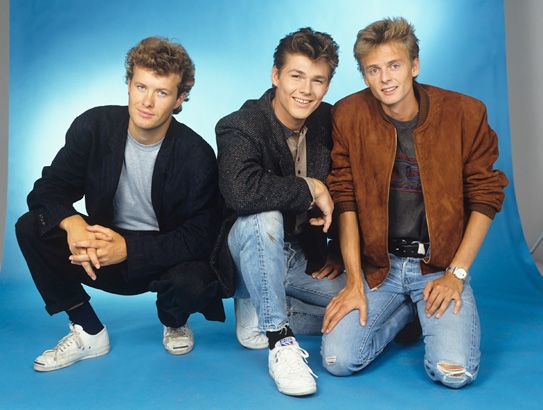 The song, as Paul said, was horrible but the title was catchy. So they took that word to name their band. They were searching for a band name which sounds familiar to English people but is actually a Norwegian language. So they opted for A-ha.

The band didn’t have to struggle much to come into fame. After releasing their first debut album in 80s they have received a massive response from the music world. Their first album reached 1st position in their country, 2nd rank in UK and 15th rank in USA in the same year.

Their other songs brought them leading music awards within a year or so. A-ha was much appreciated in late 90s when they performed in Noble price concert.

The song was sort of a reunion song for the band. They separated and then again reunite for the Noble price concert in late 90s. After couple of years the band came out again and released another album where the song was added. The song reached no 1 in UK chart.

The song was released in late 80s form the album with same name. The song could not reach the world music charts like their previous songs but still the song was loved by their fans and critics.

Written and composed by Paul, the song was brilliantly recorded by the band. Being down in high fever, the band members made the song so hit that it reached at 1st position in UK charts. The song was released from their debut album.

Released from their debut album, the song take on me was a huge hit at that time. It was out in mid 80s and immediately grabbed the second position in leading music charts worldwide, especially in UK. The song was written and composed by the band members.

The song was originally released in the James Bond movie in late 80s with same name. Paul, the guitarist was the writer and composer for the song that was used in the movie. In the next year the band released the song again in one of their albums.

Cry wolf was written by Savoy’s wife Lauren. It was out in the mid 80s from their album scoundrel days. The song didn’t do well in international charts but in Norway it managed to get the second position in music chart.

Manhattan was written jointly by Paul, the guitarist and Magne, the keyboardist. The song reached in top 20 songs of the year in UK music charts in the same year.

The song was from their album memorial beach. More than the song, the music video created a lot of buzz at that time. The first video they shot was banned by the censor board as it had disturbing scenes. After sometime they released the second video with better scenes.

Based on Paul’s favourite poets, the song had made a good record in UK and US charts. It was from their debut album and third in a row big hit of their career. The song was written and composed by Paul.

Written and composed by Paul, the song was released in their album scoundrel days. It had two versions. The last version was released in mentioned album. This version has more guitar solo than the previous one.