We hear something like it every year – some hot pop song will be called the summer song of the year. But just what makes a summer song what it is? There are plenty of great songs about the summer that especially classic but it takes quite a bit to get a summer song to be as memorable as it can be:

There have been many iconic summer songs that continue to be classics to this very day. Here’s a look at ten of the best ones and how they are truly appealing. 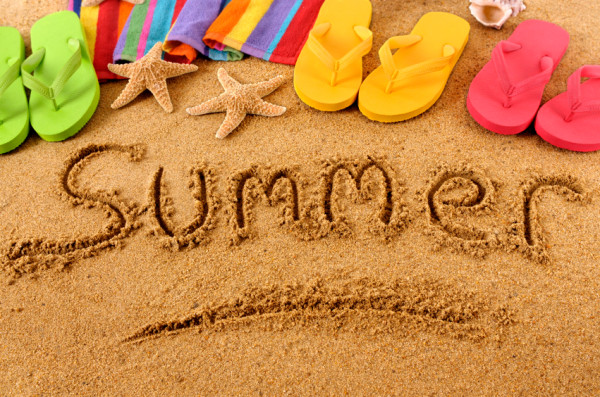 DJ Jazzy Jeff and the Fresh Prince made this iconic hip hop song about relaxing and having fun in the summer in 1991. More than 25 years later, the song still stands out as a beloved tune about relaxing and enjoying the sun, the waves and everything the summer has to offer. The use of Kool and the Gang’s Summer Madness as a sample here is especially great.

There are far too many great Beach Boys songs to list here so we’ll just limit them to one song. Brian Wilson wrote this song not long after his first experience with psychedelics. He used an airy and atmospheric tone for the music that is still down to earth. The lyrics that he and Mike Love wrote are especially iconic.

The summer is a time for kids to have fun as school is out for the season. Alice Cooper made this iconic song as a tribute to kids looking to get away from responsibilities. The song is emblematic of the theatrical and whimsical hard rock that Cooper and has band were known for in the 1970s.

Saturday In the Park

The visuals and feeling of the summer season are alive and well on this great Chicago classic. Robert Lamm has heavily inspired by the sights of New York’s Central Park and the festive nature of the season when he wrote this song. This immediately brings memories of a fun day in the park to anyone who listens.

This next track was recorded by Katy Perry with an appearance from Snoop Dogg. The song has a great sound that is fun and very memorable. The great bubblegum pop-influenced sound mixes well with lyrics about looking for attractive girls who will stun any man who looks on.

One of the biggest solo hits to come from a former member of the Eagles, Don Henley sings this famous song about love and romance during the summer season. The song is emblematic of innocence and the fun of the season. It creates a fun approach that all people will surely enjoy.

It would be an understatement to say that Grease remains one of the most popular modern musicals in recent time. Much of the soundtrack crossed over to the pop charts with immense success. The song is particularly popular for its great depiction of a classic summer romance and the fun of hanging out in the summer.

While Katrina and the Waves didn’t have much success outside their home country of the United Kingdom, this classic song of theirs still stands out all around the world. The song’s positive lyrics and upbeat music make it an ideal summer song. It is a very festive track that has been covered by many over the years including Dolly Parton.

Justin Timberlake recorded this hit summer song as a fun and festive tune inspired by beach life. The song is a great barnburner at dances and is all about finding love and enjoying life with others in the summer. It is a very appealing song that is still popular ten years later.