In 1966, Carlos Santana hired a number of musicians from San Francisco to perform with him in a band that shared his name. Since then, Santana has amazed people with its great Latin-tinged rock music.Santana has been very influential for its great Latin sounds. The band is also famous for its psychedelic influences and lyrics about peace and love. 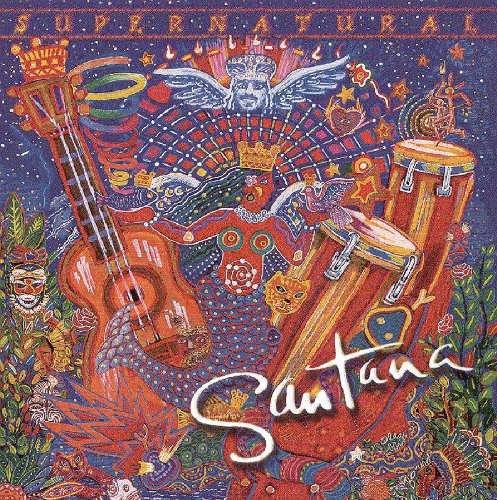 There are many great points to note about the band and how it has developed:

The amazing work of Santana is truly on display in this listing of the band’s ten best songs. These include many great originals as well as some adaptations of earlier classics.

The first half of this song is a cover of a Peter Green-era Fleetwood Mac song. It features a sexy guitar sound that turns the track into Santana’s own. The second half is a powerful Latin-tinged instrumental that features a powerful percussion session with Santana’s high-pitched guitar added into the mix.

This instrumental features both an extended guitar solo by Carlos Santana and a powerful drum solo from Michael Shrieve. The song has a beautiful mix of psychedelic and blues influences to it. The original six-minute recording of this song is a classic but the twelve-minute version recorded at Woodstock is heralded as one of the best live song performances in rock history.

Tito Puente’s Latin jazz classic received an update by Santana about a decade after it was first released. Santana’s great guitar work creates a beautiful melody that mixes in with a great organ.

Santana’s classic Latin sound got a huge modern update in the band’s Supernatural album. Rob Thomas sings vocals on this song about a sexy woman that no one can resist. Santana’s great guitar work and the beautiful horn section on this song make it a memorable track.

No One To Depend On

This song has a lighter tone with a call and response section all around. Gregg Rolie’s vocals are a standout on this song about loneliness and the struggle to find someone to love.

Another instrumental, Santana wrote this while touring with Earth Wind and Fire. It was loosely inspired by a friend coming off of mescaline. The song has a powerful psychedelic effect to it.

Put Your Lights On

This song, which won a Grammy, features Everlast on lead vocals. It was written after Everlast suffered a heart attack while writing one of his albums. The song is all about hope and trying to move forward even in the toughest situations. The intense guitar work by Santana midway through the song makes this a highlight.

The Game of Love

Santana took a more pop approach with this song that features Michelle Branch on vocals. This Grammy-winning song has a very fun vibe with a great interplay between Santana’s electric guitar and Branch’s acoustic guitar. Branch also never appeared on the song as it was originally going to have a male singer but it was changed at the last minute.

The Zombies’ classic was recorded by Santana with a great and smooth sound. The Latin inspiration featured an entertaining and sensual sound that made for a great track. Greg Walker’s great vocals match up well with the music to create a nice feeling. This is considered to be the most memorable cover version of this hit.

You Know That I Love You

The band brings about a smooth sound on this classic song. Alex Ligertwood’s vocals add a great flavor with a relaxed sound.