Rekha Bhardwaj is a renowned Indian playback singer. Her vocals are distinctive as she has a very different voice from the rest of the female playback singers. This is why there is a particular type of genre that suits her. She is seen mostly singing classical based songs. Item numbers are also her forte. She rose to fame with the film Omkara in which she did a couple of songs which are remembered till date. 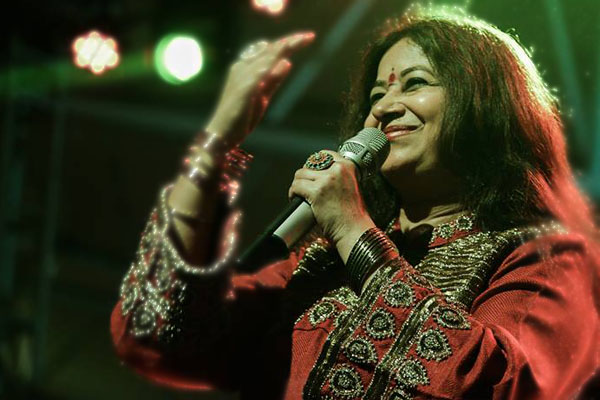 The same film was directed by her husband Vishal Bhardwaj. She sings mainly in the movies where her husband is the music director. However, she has also been recognized by renowned music directors like Pritam Chakraborty, for whom she has sung several songs.

It was years ago from movies like Hu Tu Tu and Chachi 420 when Rekha Bhardwaj stepped into the industry. It was a decade later when her voice was recognized and appreciated. Today the mass sways to her tunes. She has also sung a song called “Laadki” where she portrayed a conversation between a father and daughter. Sachin Jigar composed this song and it was widely appreciated by music lovers who watch Coke Studio. There are several other songs to her credit which have made a mark.