Indian Folk Songs are renowned for their excellent melody and rhythm. If you are a fan of music, then music from south India are really hot. Most of the Bollywood songs and their notes are also based on the South Indian songs. So, try to get the top list of those songs. You will find the repetition of the same beats in some of the Bo0llywood movie songs.

Among all the South Indian Movie songs, songs in Telugu, Tamil and Kannad are most popular. They are so much melodious and includes so many traditional music elements in the orchestra system, that you cannot ignore the songs by any means. Many a time, you will find that people do not understand the language of the song, but still watch the videos and listen the songs. They are ultimate to give you the effect of beats, which you love to get from any Indian folk song.

Here are the top Kannada Songs, that you must look at. Go online and listen to the songs. You can also watch the video of the songs and listen or download the audio version of the songs. 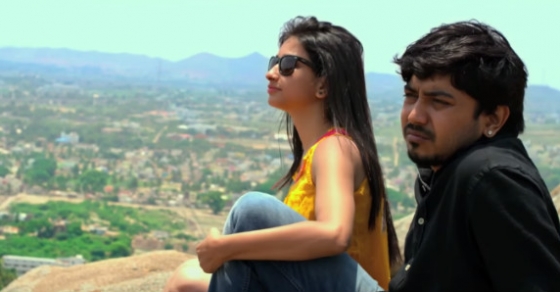 Outstanding song from the movie Kendasampige has been sung by the top singer Swetha Mohan. The song just blew the mind of the fans and has placed itself in the top rank among all the hits of 2016. The song is having some of the best and uncommon beats, that claims it to be remembered for a longer time.

The movie, Maduveya Mamateya Kareyole, has been one of the top popular movie of the year 2016. The songs of the movie has been even more popular and that has been marked by this Hudugi song. The lovely song has been the presentation of Shashank Sheshagiri, where he has shown his class of top singing.

This is a Ramleela movie, not from Bollywood, but from Kannad. There is no doubt in it. However, the musical notes from the movie has even surplussed the popularity of the movie itself. P Rajkumar or Powerstar has sung this song and it has really blown the mid of the young followers.

Care of footpath part 1 had already impressed the followers and kept them waiting for the part 2 of the movie. The 2nd part of the movie has been a super presentation, with some of the top songs. Bulletu Nanna is one of the top song that has crossed every limit. Shipra Goyal along with G Aman made this score most popular in the last year.

Outstanding movie with superb music scores – the entire package blew the mind of the cinema lovers. Shivalinga had a perfect story line, outstanding choreography and excellent song lyrics. The Do Something song, from Tippu and Megha made all the fans stand on their feet.

Jaatre was a popular movie that made excellent business in the movie halls and multiplexes. The movie also statyed in the blockbuster chart for a longer session. Maya Jinke, the song of the movie was purely mind blowing.

Kiling Veerappan was a thriller movie in Kannada. It received enough criticism for the story line, but Hayya Hayya, the song topped the lost from the very first week of the movie release.

Perfect story line of the movie Krishna Rukku made an impact on the mind of the viewers. However, the songs of the movie made some of the fans mad of it. Soothing voice of Shreya and Sonu even added an extra beat to the song.

Excellent love story Preetiyalli Sahaja might have seen immense success in terms of business, but the song Sundarangiye has shadowed all the success with too much popularity. S Kumar just rocked it this time.

The movie Rathaavara received lots of criticism, but its songs has not received that thing. Nee Muddaada especially was accepted by the fans so much gladly that, no one can imagine of that even. However, the melody of the song has always remained at the top – fans give a big applause for Supriya and Rajesh for that.