What is nu metal and what makes it popular? Nu metal is a style of metal that uses parts of various other genres of music. It often entails many features:

Nu metal became especially popular in the late 1990s and has managed to stick around for a while. Many of the artists who hit it big at the start of the nu metal era are still active to this day.

Some nu metal songs have stood the test of time and have proven to be more appealing. This is a look at the ten best songs in this particular subgenre of heavy metal and how it has evolved to include a number of noteworthy sound that are intense and powerful in many ways that stand out. 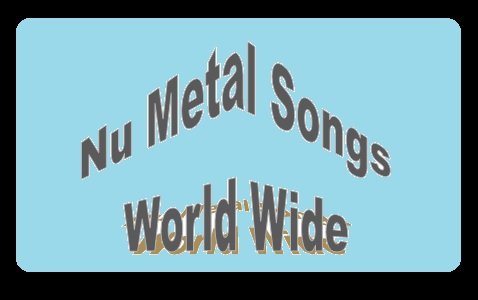 Best Top 10 Nu Metal Songs of All Time In World

Down With the Sickness

Disturbed has been performing nu metal for nearly twenty years and continues to be beloved for some of the greatest sounds ever made in the genre. This particular song of theirs from their debut album is filled with a grunge-inspired melody that never loses its edge. Of course, David Draiman’s vocals are impossible to perfect or even duplicate.

Drowning Pools has been around for a while but this song featuring vocals from the late Dave Williams continues to be a powerful track. The angry vibe of this song and the repeated chorus adds a style that has made nu metal into what it is today. This song continues to be a hit at various sporting events.

Slipknot has become noteworthy for its aggressive music that channels the frustrations of its audience. This signature song from the band creates a powerful sound that is unlike anything else in the world of music. The intense percussion effects of this song add to the great power it brings.

System of a Down has been heralded for being a group that creates experimental metal music with fast and melodic parts alike while offering great politically-charged lyrics. The brutal nature of this song and its various tones make it a standout. The song’s lyrics are especially about the pains of life and continue to be among the group’s most memorable.

Freak on a Leash

Johnathan Davis has been the constant figure in Korn for more than twenty years. While his group has recorded many great nu metal songs, this song about self-loathing and feeling out of place is an iconic hit. Davis’ vocals are the most memorable part with the famed scatting section being one of the most identifiable parts of nu metal ever made.

Papa Roach wrote this song about depression and how many people go over the edge to the brink of suicide. The song is seen as a call of help and encourages listeners to think about their lives for a moment. This shows that even with a strong and aggressive sound there is a sense of clarity in the song.

Deftones is a group famous for being very melodic and atmospheric in their nu metal sound. Chino Moreno especially brings this forward with his soaring vocals. This song in particular highlights the great aggression that Moreno brings with guitarist Stephen Carpenter adding a powerful style.

Bring Me To Live

Orchestral effects have been used in many nu metal songs to add a sense of immediacy. Amy Lee has done this many times with her band Evanescence. This song creates a stunning sound that creates an orchestral feeling that makes it a classic.

Static-X was led by the late Wayne Static, a talented guitarist with an intense vocal style. The strong versatility in his voice certainly made Push It one of the more memorable songs in the world of nu metal. This is also a great template of what makes the genre what it is.