Best Top 10 Neo Soul Songs of All Time In World

Although soul music has been popular in many forms, it has evolved over time to be a little different from what it was like in the past. Neo soul is one part of soul music that has been rather prominent over time.

Neo soul is a form of soul music that offers many features:

This style of music has been around since at least the late part of the 1980s. It was not really until the middle part of the 1990s when artists like D’Angelo, Maxwell, Lauryn Hill and others had really gotten into the forefront. It is an entertaining style of music that continues to stand out today.

This is a review of the ten best neo soul songs of all time from a number of great stars in the genre. 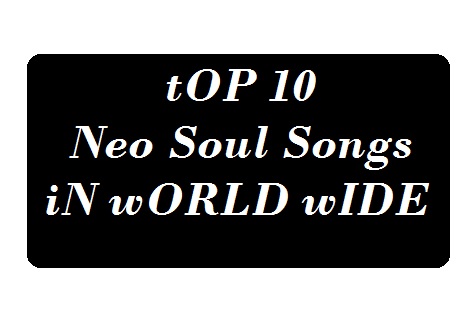 Best Top 10 Neo Soul Songs of All Time In World

The Roots have been heralded as one of the top neo soul bands of all times. This song, which features guest appearances from Eve and Erykah Badu, establishes an entertaining sound with a true artistic style. The song brings about a rap about falling in love and being stuck in a relationship.

Speaking of Erykah Badu, she has been a popular figure in neo soul. This song is heavily about modern black life and how rough it is for today’s woman. She has one of the most memorable voices that certainly adds something impressive.

Maxwell is another artist that has been powerful and entertaining for his great vocals and sexy style. This song of his is about hanging out with people and having fun. It is a casual-sounding song with a flow that really moves well and accentuates Maxwell’s sexy voice.

D’Angelo has been called one of the sexiest and most provocative voices in neo soul. This classic seven-minute song of his is about a man who is simply asking for sex. The song itself really brings out the emotion but the music video featuring a naked D’Angelo especially adds to the power of the track.

Lauryn Hill hasn’t released a second album and the only other full-length thing she did outside the Miseducation of Lauryn Hill is a notoriously cryptic MTV Unplugged album. But at least her one full album remains one of the most important albums in neo soul history. This song, which features D’Angelo on backing vocals, is a song that is about falling in love and trying to make it through the world. The interplay between the two is very memorable and distinctive.

John Legend has become another popular figure in the world of neo soul. He has recorded many songs on the piano and incorporates smooth sounds into his soul music. This song is about aiming to help people move forward in their lives and know where they can go if they want to be the best people possible.

Common is one of the sexiest stars in all of neo soul. He made this song with Mary J. Bilge joining him on vocals. The song itself is a sexy tune with a smooth sound that mixes in the hip hop influences that Common is known for with more romantic music.

Sex is a common point in many neo soul songs as it focuses on being seductive and appealing. This song from India.Arie is one such song that has an entertaining style in its own right. This song has a good tune that brings in India’s sexy vocals as she sings about making love.

Another great tune about love, Vivian Green sings this neo soul song about being in love with another man. She has really brought out a strong attitude in her work on this song. It also comes with an upbeat sound that exemplifies the use of hip hop beats in neo soul.

You Don’t Know My Name

The last song on this list comes from one big star in the world of neo soul, Alicia Keys. This song brings in a mix of piano and electronic sounds together alongside Keys’ lyrics about struggling to be with a man who wants to fall for her. The song especially places an emphasis on how sampling can work in neo soul when used with a few touches, what with a song from the R&B group the Main Ingredient being highlighted in this track.