Latin music is primarily based out of Spain, Portugal much of Central America and many other countries where the Romance languages, particularly Spanish, are from. This style of music focuses on a number of key features:

Latin music is a thrilling style of music that is memorable and entertaining. This listing of the ten best Latin songs in the world includes songs that come from many styles and are very influential in terms of how they sound and how they continue to be surprising to people all around the world. 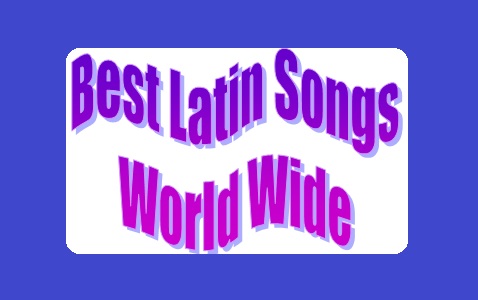 This song has been covered by many over the years with Tony Bennett’s English version being prominent but it is the original from Armando Manzanero that stands out the most. The song is about a heartbreaking love affair and how the rain reminds me of his old love. The charming nature of the song is especially iconic.

Consuelo Velazquez wrote this song as a bolero about love and willing to stay together. The great dance-worthy style of the song was especially made famous by Trio Los Panchos. The song itself has also been covered by artists in many forms with versions by the Beatles and Andrea Bocelli being among the most famous renditions.

Carlos Gardel, one of the most iconic tango musicians of all time, wrote this for a movie of the same title in 1935. The song has become a great love standard with a romantic and charming style. Luis Miguel made a famous version of the song while Gloria Estefan performed an English version as well.

Enrique Iglesias has made a number of great songs in recent time but this song became big after reaching a billion views on YouTube. This has become one of the top Spanish songs in recent time for how it incorporates a mix of modern sounds with some intense dance beats. This offers a memorable mix of style that is certainly intriguing.

This salsa song from Ruben Blades is essentially a Spanish-language version of Bobby Darin’s Mack the Knife in terms of its style and lyrics. The song proved to be one of the hottest dance tracks of the 1970s. The thrilling style is especially appealing and memorable.

The world of reggaeton has evolved over the years with Daddy Yankee being one of the hottest Latin performers out there. This infectiously crazy song features a catchy chorus with some entertaining and bouncy beats. This adds a special sound that is certainly memorable and charming.

Another more recent song, this track from Bachata mixes the classic guitar-oriented sound of Latin music with some newer electronic beats. It marks a great evolution from the old days of Latin to today’s modern sounds. This creates a memorable style that is intense and fascinating.

Roberto Carlos made this song in both Spanish and English. The song has a beautiful vibe with romantic lyrics that have been admired by all sorts of audiences over the years. The charming style is rather memorable and adds a great style in its own right.

The Argentina group Soda Stereo mixed great salsa sounds with rock music to create a new advance in the world of Latin music. The charming nature of the song is mixed with a powerful hard rock beat to create a true Latin anthem. The intense beat is especially classic and fascinating.

Juanes is one of the greatest stars from Columbia and has become beloved in Latin pop and rock scenes alike. This guasca-inspired song has a memorable and classic style with a powerful guitar riff added. This creates a fun and classy feel that is unlike anything else.

List Of Best Top 10 Latin Songs in the World