Best Top 10 Industrial Rock Songs of All Time In World

What is the concept of industrial rock all about? It is a type of music that focuses on more absurdist sounds and more aggressive tones: 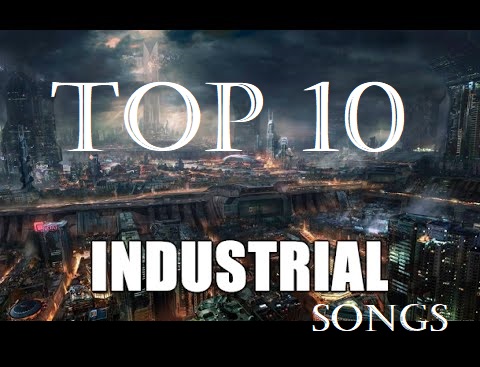 Industrial has been considered to be a gritty and rough form of rock music that is intense and often experimental in nature. It is clearly not for everyone out there but it is a style of music that can be intense and may especially inspire a number of people who are into certain subgenres.

This is a look at ten of the best industrial songs that have been made. It’s actually pretty tough to figure this list out, what with there being so many artists that have particularly been a whole lot more popular and influential than others.

Join in the Chant

The group Nitzer Ebb has been known for being gritty and intense. This song of theirs uses repeating lyrics and electronic sounds to create a dark atmosphere with a slight dance beat to it. The song exemplifies how industrial music brings in a mix of rough and intense sounds with melodies hidden all the way around.

Skinny Puppy is another of the iconic names of industrial rock music. When the group debuted in the mid-1980s, they brought out a rough sound that is gripping and rough while still having a powerful beat. This particular song of theirs entails a mix of hard beats and dark yet poetic lyrics to create a strong sound.

Rammstein has been notorious for being a controversial German-language industrial band. The group has been known for its intense and often sexually explicit lyrics as well as it live shows where loads of pyrotechnics are utilized. This song of theirs shows a gritty tone with angry vocals that sound harsh no matter what language it is in.

Al Jourgensen originally started Ministry as a new wave band but over time moved towards a more metal sound for the group. This song from his group’s third album illustrates the use of drum machines, tape loops and distorted guitars as key parts of industrial music.  The song has a repeated sound that adds a powerful yet hypnotic sound to it.

Marilyn Manson was one of the most controversial musicians of the 1990s with some people stating that he was partially responsible for school shootings. While much of the controversy around him has died down, he was still a powerful figure in the 1990s. This industrial classic of his is all about the dangerous world and has become an anthem of sorts to some. The tonal shifts around the song also show the versatility of industrial music.

Trent Reznor is another noteworthy figure in industrial music. His group Nine Inch Nails has inspired many with his experimental sounds and rough metal songs with various lyrics that are often borderline personal in nature. This song is part of an unnamed man’s descent into depression and his desperation leading to an eventual suicide attempt.

Many artists have attempted to get industrial music into the pop world. Cleveland’s Stabbing Westward was one of the best examples. This band was known for having more of a melody while working with many industrial experiments. This song shows the gripping style of the band that is rough and yet unique in its own way.

Another famed German industrial group, KMFDM is known for being experimental while focusing on intense sound. This song in general focuses on some intense attitudes and is a gritty track about religion, a topic KMFDM has often discussed. This is one of the more powerful industrial groups to check out.

Ministry’s Al Jourgensen has worked with many members of the group Revolting Cocks over the years. This band has an intense and gritty sound that is unlike anything else. This song is a powerful track that illustrates the powerful melody that makes this one of the more interesting songs in the industrial style.

This last song comes from My Life With the Thrill Kill Kult, one of the more subversive bands in the world of industrial music. The band has been heralded for its intriguing songs about many taboo topics. This particular song has a great dance beat and is rather intriguing in its style. The satirical lyrics have long been forgotten by a number of groups as the song had been targeted by the PMRC among other censorship groups.