Funk music is a very entertaining form of music that has intrigued people throughout the world for years. It is a fun style that gets people up and dancing. But what makes funk music what it is?

Funk music has been around since at least the 1960s. It was originally developed in black communities but over the years has grown in popularity among mainstream audiences. It is amazing as to how this type of music has become as popular as it is among a variety of people. This look at the ten best funk songs in the world includes plenty of great tunes that will get people dancing when they hear them. They also come with plenty of powerful sounds to make them memorable. 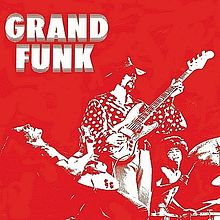 This fun song from the Commodores is a track that is all about a fun beat. The song features a funky beat with lyrics about a fun and lovely woman. The vocals from Walter “Clyde” Orange perfectly fits in with the song to create a fine style.

Maurice White and the rest of Earth, Wind and Fire made this amazing song that features a variety of sounds from a full horn section all the way to an a Capella beat. The song is uplifting and smooth and brings anyone to the dance floor. This song remains the hottest track from this famous group.

Rick James was one of the hottest performers and producers of funk music through the 1980s. His classic song about a sexy woman who’s really over the top and isn’t willing to take it light is highlighted by James’ guitar work. The Temptations also show up on this song to play backing vocals.

Stevie Wonder was known for making a variety of great songs in many styles throughout much of his heyday in the 1970s. This song fits in perfectly with the funk genre. Wonder plays all the instruments on this song and uses the synthesizer to his advantage to create a vibrant sound. The amazing part of this song about peace is that Wonder wrote it in only a few hours.

Tell Me Something Good

Before hitting it big as a star solo artist, Chaka Khan got her start with the Chicago funk band Rufus. The group’s signature hit showcases the fun and silky vocals of Khan. In addition to the fun lyrics of the song, this also comes with a memorable talk box guitar solo from Tony Maiden. This became a template for many other songs over the years.

The interesting thing about Wild Cherry is that the band never intended to be a funk act. The band recorded this as a track showing how funk and rock music can truly unite together. The fun style of the song is especially memorable and appealing as the two styles of music truly go together well.

This was one of the first hits for Kool and the Gang. The song became a hit in clubs for its vibrant horn section and its entertaining Tarzan yell effects. The use of added scatting effects around the song create a fun style that shows how the human voice can make for a great instrument in funk music.

Papa Was a Rolling Stone

The Temptations evolved in the 1970s to include some funk influences. This track that was originally performed by the Undisputed Truth became a classic for this hit Motown band. The song mixes in a psychedelic-inspired string, organ and horn section with lyrics about a painful childhood that truly hit home to many listeners.

More Bounce To the Ounce

Zapp recorded this as a part of its debut album and made it into an entertaining and vibrant classic of the genre. The song uses a powerful synthesizer line throughout the track and an beat that is vibrant and active all the way through to create a memorable track.

List Of Best Top 10 Funk Songs in the World