Diana Ross is a true survivor of popular music. She started out in the 1960s as the leader of the Supremes, one of the most iconic groups in Motown’s early days. Since then, she has performed a number of memorable songs in her solo career. 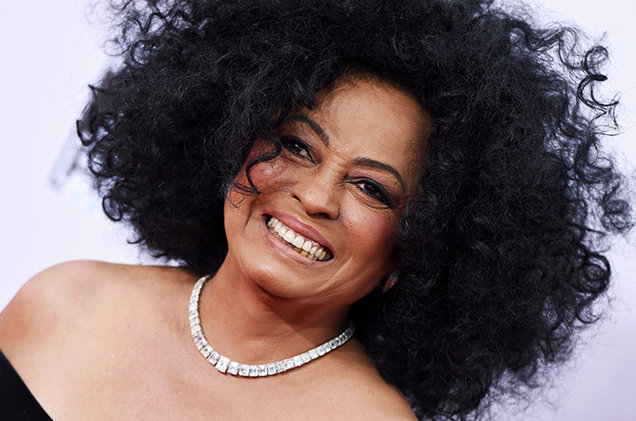 Ross has had her ups and downs throughout her career but she continues to be a dynamic performer and singer even as musical trends have changed:

Let’s look at ten of Diana Ross’ greatest solo singles. They include many amazing pieces that are still popular today and show just how great of a voice she has.

Diana Ross recorded this famous duet with Lionel Richie in 1981. A modern pop standard, it has Ross and Richie professing their love for one another. While Ross recorded a solo version for the film Why Do Fools Fall In Love, it is her duet with Richie that has endured and become a staple at weddings and other romantic events.

Chic’s Nile Rodgers and Bernard Edwards wrote this disco favorite with a funky beat highlighted by Rodgers’ impressive guitar work. Even with the powerful music, Ross’ vocals continue to dominate as she has a great rhythm to her work. The song was very popular on the soul and disco charts alike.

Ross covered this song originally made famous by Marvin Gaye and Tammi Terrell. Ross’ smooth spoken word part is paired beautifully with a full orchestra with Ashford and Simpson providing great production. Ross has some great backup on the song with not only Ashford and Simpson on backing vocals but also members of the Undisputed Truth supporting her all the way.

Marilyn McLeod and Pam Sawyer wrote this disco song about the pain of love and trying to get over a relationship. They chose Ross to sing it because they thought she would sound sexier. It turns out they were right as her sexy voice led this to the top of the charts. It helped Ross to get her fourth number-one hit, thus giving her a record for a female vocalist that would last for nearly a decade.

Touch Me In the Morning

While Ross has focused a little more on acting in the early 1970s, this song helped get her back into the swing of things in her music career. She found it to be a challenging song but she managed to make this smooth and romantic song a hit. It spent 21 weeks on the Billboard charts.

Diana sang this alongside Michael Jackson, Ted Ross and Nipsey Russell as a part of the soundtrack to the film the Wiz. The song is a positive tune written by Luther Vandross and is all about the great opportunities that are available to those who are free. The performers all perform amazingly well together.

Another great disco song, this has become Diana’s opening song at many of her shows. The song is about getting out of a rut and starting life anew while being true to oneself. The song has especially become an unofficial anthem of sorts to the LGBT community.

Why Do Fools Fall In Love

The iconic song from the Teenagers Featuring Frankie Lymon got an update from Diana 25 years after it was first recorded. Her upbeat vocals are just as powerful and positive as Lymon’s original vocals. The lyrics about what causes people to fall in love still ring true to this day.

Ross continued to record new music in the 1990s and one of her songs has become a popular dance track. Take Me Higher has a great and uplifting sound while Ross continued to make her deep vocals noticeable. The song itself also has a music video that shows Diana being sexy as ever.

Diana sang this Lionel Richie-penned song as a tribute to Marvin Gaye not long after his death. The song especially holds a strong meaning to Ross as it is about the power of music and how strong it truly is. More importantly, it is about the value of a great friend.