What makes a club song so appealing? A club song is one that entails an intense and strong beat that is easy to dance to. It is something that creates a powerful vibe in any hall and brings the people there together.

Today club music has become very exciting the world over:

Club music is certainly a thrill but not all songs in the club scene can become classics. This listing of the ten best club songs in the world include many that are very popular in a variety of spots all around the world to this day. 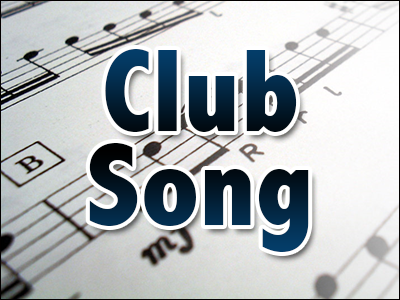 Lionel Richie has been known to make quite a number of positive songs in his career. This club song is one that focuses on the fun of partying and encourages people to hang out all night long.

Don’t Stop Til You Get Enough

Michael Jackson really made it to the top in his solo career with this hit near the end of the disco era. His song has a fun vibe and enough of a great beat that will stick in anyone’s head. The song particularly

Outkast’s classic might be the most iconic type of club song in the world. It is not only a song with a memorable and fun beat but also one that the audience can sing with and participate in. The song’s lyrics are sexy as it shows off the smooth and fun nature of the song. The funky beat and the immediate demand to shake it on the club floor creates a song that stands out at clubs today just like it did a decade ago.

Single Ladies (Put a Ring on It)

Beyonce’s great anthem is a popular dance song that is especially thrilling at clubs. It is a song about how women who want to be more powerful should be assertive. The great bass and drum line on this song especially makes it a hit.

Kanye West made this song as one that is very thrilling and clever as it is about wealth and simply trying to find sexy women. West’s attitudes in this song are very noticeable and fun even with its lyrics that might not sound too romantic.

I Wanna Dance With Somebody

Whitney Houston’s classic dance song continues to be entertaining and thrilling to this day. Houston’s booming voice mixes in perfectly with the great dance beat. The emotions of the song also make for a memorable track in its own right.

If there is one thing that can be said about David Bowie it is that he was always one with the trends. This classic club song is one that mixes the powerful rock guitar effects of his songs with a dance and horn beat that is perfect for clubs. Bowie’s vocals, as always, are a highlight on this song.

Daft Punk got in touch with Pharrell Williams for this great club song. While Daft Punk has a variety of great songs for clubs, this tune is an intensely fun track that stands out from the rest of what they’ve done. Nile Rodgers’ guitar and Williams’ vocals especially fits in perfectly with the duo’s futuristic sounds.

It’s too bad that Cameo didn’t have more than just one hit as this 1980s classic is an amazing dance song that is still big on clubs. The funky synth line and bouncy tune makes this a favorite. You don’t need a codpiece like Larry Blackmon to dance to it either.

Diana Ross continued to be a star even in the 1980s as this song shows. Ross sings in this track about a positive night out and the fun feelings that come with partying and being yourself.

List of Best Top 10 Club Songs in the World