What is classic rock to be exact? The rock music in the world of classic rock was clearly new at one point in time. It is clear that classic rock is indeed something that is memorable and easy to enjoy. But where did the concept come from?

It is known that the term classic rock came about in the 1980s as radio stations focused on the album-oriented approach to playing music from the 1960s to 1980s. The format has become popular with baby boomers whom grew up on it.

The best classic rock songs of all time are impossible to quantify but there are a few things that can be said about them:

This is a look at the ten best classic rock songs of all time. 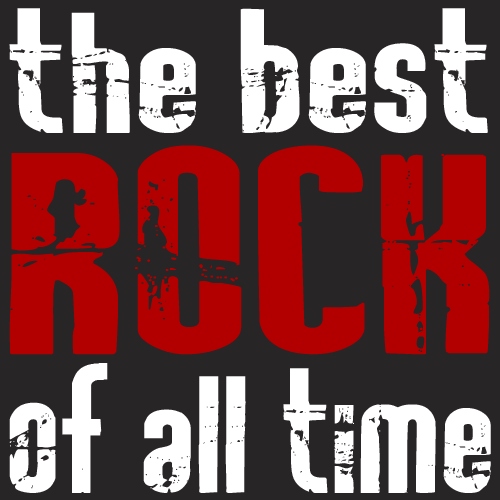 While Led Zeppelin have done all sorts of things to make rock music stand out and to make it harder, Stairway to Heaven remains their magnum opus. The song itself is a symbol of how rock music can be made with a beautiful melody and great technical work on all parts. Robert Plant’s vocals especially stand out on this poetic track.

Aerosmith has made many great songs but this track is emblematic of the hard-edged sound they hold. Joe Perry’s amazing guitar work is intensely beautiful with a great talk box effect added into the mix. The anger of vocalist Steven Tyler on this song is also symbolic of rock’s intensity.

All Along the Watchtower

While Bob Dylan’s original version of this song about a group of people watching over a fort is beautiful in its own right, the Jimi Hendrix Experience turned this song into its own. Hendrix’s amazing vocals and guitar work are reflective of how innovative and talented he was. The song is so memorable that even Dylan plays this song closer to Hendrix’s version when in live shows.

Let’s all admit it, someone at just about every show has yelled for someone to play this iconic Lynyrd Skynyrd song. There’s a reason why though. This power ballad features amazing guitar work by Allen Collins and Gary Rossington and has even become an iconic song in live performances. The hopeful and uplifting vocals from Ronnie Van Zant make it a hit too.

More Than a Feeling

Tom Scholz, the lead guitarist, songwriter, producer and engineer for Boston, was a strong perfectionist throughout his career. This opening track from Boston’s first album showcases his great guitar work and his ability to create a soaring song about forgotten love. It truly showcases the great effort Scholz put into his music. Brad Delp’s vocals fit in perfectly with the song as well.

In the 1980s, rock music went into more of an electronic sound. Rush was one band that thrived as the genre developed in this way. This iconic song of theirs features a mix of great synthesizer notes mixing with a guitar to create a futuristic sound. Of course, the work of drummer and lyricist Neal Peart shines clearly on this track like with any other Rush song.

The power ballad is a popular part of rock music that entails heartfelt and emotional lyrics with a lighter beat. Journey’s Don’t Step Believin’ is considered to be an iconic power ballad and a great anthem of classic rock. Steve Perry especially belts out an amazing tune about love and hope in this song.

Rock music has been open to people of all sorts. For Ann and Nancy Wilson, they got into the music game with their band Heart. Their most iconic song is a powerful song that features atmospheric lyrics and vocals from Ann Wilson while her sister, Roger Fisher and Howard Leese combine for a great guitar attack. The song’s beautiful texture makes it a standout to this day.

While many rock artists took the genre in a new direction, Steve Miller focused more on the great blues origins of the genre. This smooth song features a great blues guitar performance from Miller while his band create a great bar band style that continues to be used by many artists to this day. The smooth and romantic lyrics also showcase Miller as an entertaining and unique songwriter in his own right.

Some classic rock artists focused on making more detailed and intricate music with some influences from classical music and even opera. Queen was one band that did this well. The combination of Brian May’s intense guitar work and the operatic and bombastic vocals of Freddie Mercury are among the most memorable sounds in music history.

List Of Best Top 10 Classic Rock Songs of All Time