Bhangra songs are always the liveliest. They put life into the party. Even people, who do not belong to the Indian culture, implement Bhangra songs into their dance sessions. The reason is simple – Bhangra is upbeat, catchy and very rhythmical. Therefore if you are a dancer you would not be able to avoid the Bhangra beats for your dance sessions. 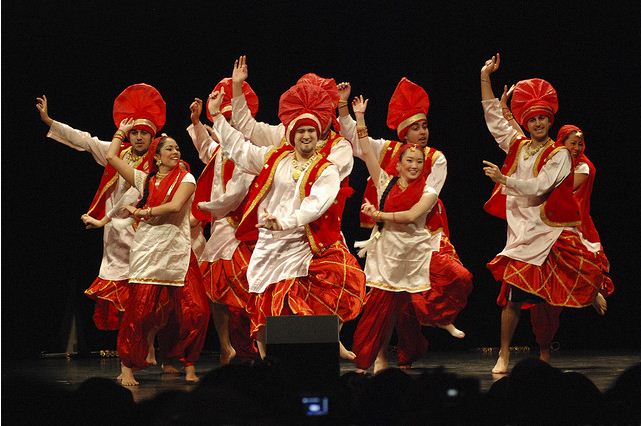 Bhangra pulls you to the dance floor. It is a reflection of the vibrant spirit of the Punjabis.  It has a lot of energy and life into it. This is the reason Punjabis sing Bhangra songs at wedding functions. It always gives you a good reason to drag your relative to the dance floor.

Not just in India but all over the world, Bhangra songs are catching up. Bhangra mainly originates from Haryana and Punjab but the rest of the country has warmly embraced it. Bollywood songs are afloat with Punjabi songs. With several singers and composers from Punjabi background, Bhangra songs have almost become mainstream in India.

The traditional Bhangra songs see men wearing turbans and kurtas, women wearing Patiala suits and dancing to the tunes. The original folk dance numbers for these songs are also very energetic. Today, however, we have an amalgamation of modern music with Bhangra. So here are the best songs with Bhangra beats in today’s date –

List Of Best Top 10 Bhangra Songs Albums For All Time