Riley Benjamin King was one of the hottest names in the world of blues music. For more than fifty years he performed amazing blues numbers with his guitar which he affectionately named Lucille. 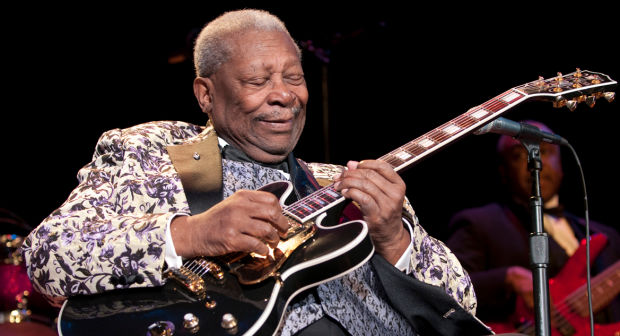 B.B. King’s work is a key part of the evolution of the blues:

The great work of B.B. King has made him synonymous with blues music. From the start of his career to the end, he continued to bring his heart out to the world with some amazing skills and talented hooks. This look at his ten best songs includes many great tunes with his impressive vocals and of course, Lucille’s powerful wails.

This Jimmy Johnson track was covered by King has a classic song about a man telling his woman to stay at home and to not get near her family. The heartbreak of the song is evident in King’s voice. This song marks a real evolution in King’s guitar style for how it highlights more of a higher tone.

Why I Sing the Blues

King wrote this song as a message track about what inspires him regularly. He is inspired heavily by the struggles of the black community but he also reveals that it’s his age that is getting him down. Even as he got into his forties, he knew that time was short for him.

The Thrill Is Gone

This remake of a Roy Hawkins tune is about getting over the anger that comes with heartbreak. This is emblematic of the romantic attitude that is found in many blues tracks. It has a great guitar sound that has become emblematic of King’s work.

To Know You Is To Love You

Originally co-written by Stevie Wonder, this track highlights King’s move into the world of funk. His blues sound is still evident in this slow-burning song about falling in love and finding out more about someone. The romantic and smooth nature of the song especially makes it a classic.

The classic Louis Jordan blues track was remade by King nearly thirty years after it was first released. The song is all about having fun in life and not worrying about what tomorrow might bring. This song has been recorded many times over the years and was even made into a duet with Tony Bennett at one point.

Never Make a Move Too Soon

This song was adapted from a song by the Crusaders, a jazz band that also helped King with recording this song. King’s vocals about watching out with love and not getting too caught up in it really caught the attention of the public when it came out. The song has become a real blues standard and was rerecorded years later into a duet with Roger Daltrey.

This next track is about King’s faith and how he can’t help but express it in his regularly life. The solemn and soul attitude of this song gives off a calm and relaxed feeling. It adds a good vibe to his already strong line of work.

Nobody Loves Me But My Mother

King’s song about his late mother is a rather heartbreaking track. She died when he was nine years old and left him to grow up on a cotton plantation in the south. King wrote this song about how difficult life has been without a mother’s love.

Every Day I Have the Blues

Maxwell Davis wrote this song that became one of King’s first singles. It was a legendary track for him as it highlights the pains that come with singing the blues. The song is symbolic of what the world of blues music is truly like.

Riding With the King

One of King’s last big projects was a record he recorded with another blues icon, Eric Clapton. The two performed this John Hiatt song together with a sweet rhythm and powerful attitude. The track remains a true highlight of the two artists’ work.