The death of Amy Winehouse in 2011 was tragic as she has only 27 years of age. This was especially tragic considering the immensely powerful soul and jazz vocals that she had. She was a truly memorable pop musician whose voice was unlike anything else. 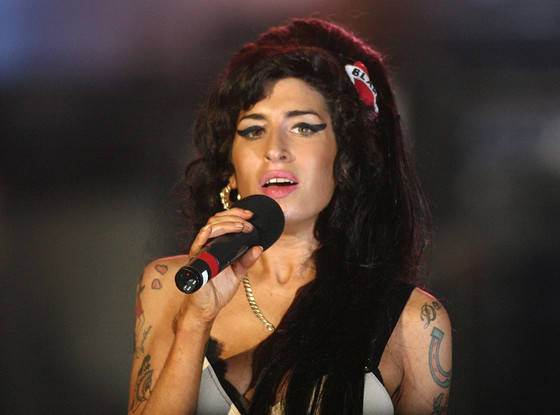 The work of Amy Winehouse is certainly fascinating:

This is a look at the ten best songs in the brief yet amazing and influential career of Amy Winehouse. It is a great look at some of the appealing songs she performed which continue to live on to this day.

This was co-written by Mark Ronson and is about a relationship Winehouse had with another boy who left her for another ex-girlfriend. This song was heavily inspired by singer Scott Walker and the production is reminiscent of Phil Spector’s greatest classics. The soul of Amy’s voice stands out on this track.

Considered to be her most iconic song, the smooth R&B sound is mixed with lyrics about her refusal to change. Tragically, her struggles with drug use only add a bit of irony to the song. That doesn’t change how great it sounds as it continues to amaze people with its beautiful style. This song also won three Grammy awards.

The box in this song refers to gifts that Amy got from her ex-love and that she doesn’t want them anymore. This song, like many others on her debut album Frank, illustrate a story of a difficult relationship. This song is placed in a proper spot as it’s about the ugly things that can happen late in a love affair.

Winehouse’s first ever single, this won an Ivor Novello Award. The great jazz-inspired sound of the song fits in perfectly with the great inflections in Amy’s voice. This offers a sweet style that adds a refined sense of class all the way around.

Will You Still Love Me Tomorrow?

Carole King and Gerry Goffin’s iconic love classic was covered by Amy on the soundtrack to the sequel to Bridget Jones’ Diary. Her voice is just as amazing as King’s voice or that of the Shirelles’ Shirley Owens, the first singer of this song. Winehouse especially carries through some lyrics that are so surprising that some radio stations censored the original song back in 1960.

You Know I’m No Good

Amy sings once again about being rebellious in this song. This song was later recorded as a duet between Winehouse and Ghostface Killah of the Wu-Tang Clan. It’s a great track for how it highlights Amy’s intense attitude although the second version really brings out a great sense of interplay between Amy and Ghostface.

This iconic jazz standard was sung by Winehouse in a duet with Tony Bennett. Sadly, it was the last song that Winehouse had ever recorded. The beautiful voice work between the two made this a classic track that even made Bennett the oldest person to chart on the Billboard Hot 100 when it was released.

Originally written and performed by Sam Cooke, it was made into a reggae version by Johnny Nash. Amy covers Nash’s version of this song. Her great voice work carries over well into a slower beat that brings about the lovely feeling of this song.

This is actually the clean name for a song on the Frank album. The song has a great hip hop beat although the uncensored version is much better for really digging into Amy’s emotions. This song is especially about the pumps that women often wear as symbols of how they’re ready to get it on, for lack of a better word.

Tears Dry on Their Own

Designed with a sampling of Marvin Gaye and Tammi Terrell’s Ain’t No Mountain High Enough in the background, this song has a fun vibe. This has a great electric sound with a beautiful sense of emotion. The original ballad version of this can also be heard on her posthumous Lioness album.